Thanks for the very useful information I can see the short stud being a bit difficult ,but Ill try to fit two nuts on it to help How many studs,actyally go through the head into the block. I take it all the 5/16 whit studs need to be removed Thanks again Len
Top

The drawing seems to be different to the real head ,as the short studs are under the curved corner Len
Top

Hello I know the larger bolts are 5/16 Whit.can anyone tell me the size of the other bolts,that hold the rocker shart on Len
Top

What is the size of the smaller bolts,that hold the rocker shaft on I know the larger ones are 5/16 Whit. Len
Top

The short stud on my cyl.head,seems to be on the opposite corner as mine is under the curves corner I can see it needs to be removed Are the head bolts 5/16 Whit or BSF
Top

They all should be 3/8 BSF (wrench size equal to 5/16 BSW). As a rule all thereads to steel are BSF and to Aluminum are BSW.
See some pictures of studs: 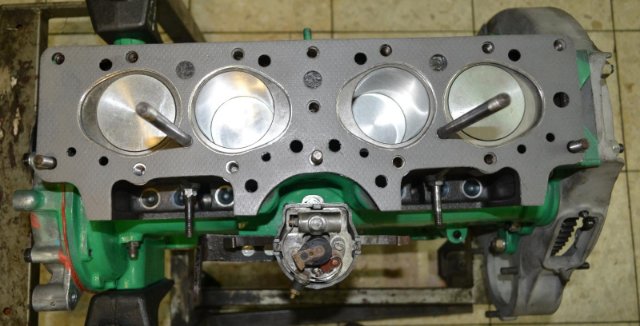 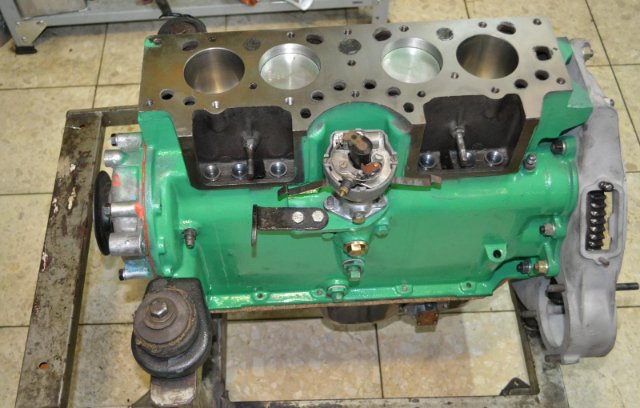 Thanks for the photos a great help Len
Top

Hello I still have problems with the head I have removed all the head bolts and studs as shown in the photo from Luli ,all except fro the front corner stud as shown it the one photo Ive tried a few times to remove this but screwing two nuts an tightly ,but still the stud would not move
Now all but this front corner stud are out and no other fixings are holding the head on ,but I still cannot budge the head I`ve used a copper headed mallet on the corner I have also placed a jack under the car and a long steel rod against a firm part of the head The jack is now putting pressure on the head ,which I thought would have broken the seal ,but nothing .Has anyone had this sticking problem before,I never have Len 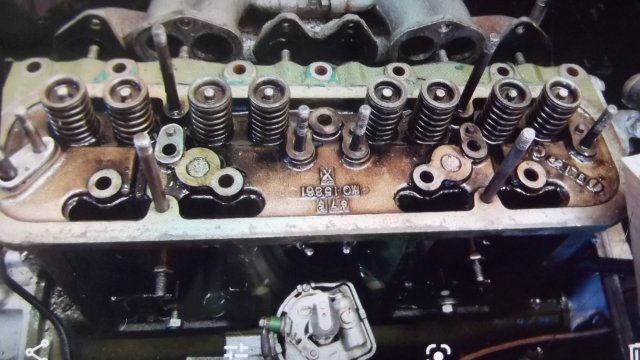 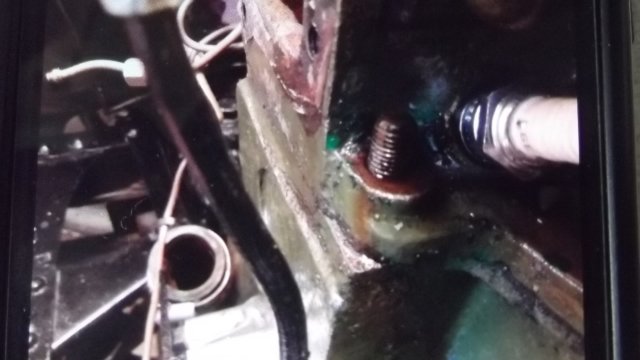 You can try a vis grip with the danger of loosing the stud. If you go this path use a lot of WD40 and some tape. But before that apply a sharp horizontal blow on the opposite side of the head. Use wood block! make sure all the push rods are out
Rover 10 1946 RHD
Rover 10 1947 LHD
Rover 12 1947 tourer LHD
http://lulisml.wordpress.com/
Top
Post Reply
34 posts