I think I've cracked it! 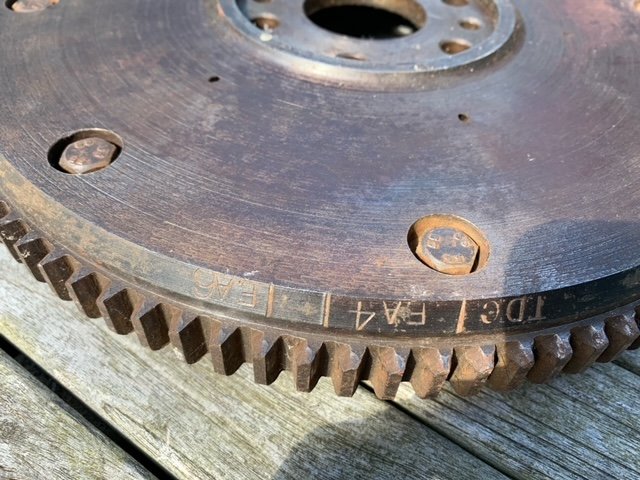 I will try and have another look for the markings!
Top

Found the marks...seems to be right! Discovered the distributor was from a Wolseley 8 - it is the same model distributor, but with totally different characteristics...It's serial number is one different to the Rover...! ). Amazingly found a new Lucas Rebuild (1958) on Fleabay & fitted it yesterday. Frustratingly the Radiator rebuild is behind schedule so I can't run the car...it should be done today.....Still planning to go to the Continent on Wednesday..
Top

Well that must count as progress! Shame about the radiator- hope it turns up in time. I tried to start my 12 this morning but the combination of 9 yr old battery and 15 yr old booster pack still wasn’t quite up to it - so looks like I’ll be splashing some cash tomorrow.
Bon voyage for Wednesday, DaveM
Top

I think that you are right to have the radiator properly looked at and if necessary recored. I had a problem with a P4 once, the car ran well for several years and then overheated. Following that event, it continued to overheat and this was found to be silt in the radiator. A good clean and flush and things returned to normal. I think that the overheating dislodged muck from the block which migrated to the radiator where it reduced the flow to the point of overheating.

Well done in locating a replacement distributor, i think that this will make a significant improvement to the running of the engine providing the overhaul has been done with care and the correct springs used. Good luck for when the radiator is returned and refitted, You should have a much cooler running engine.

Regarding the heat in a recently stopped engine, I have noticed that on my 14 when switched off after a decent run, the electric fan will often start and stop five or six times indicating a thermo syphon effect until the engine is cool enough to not operate the temperature switch mounted in the water pump. No wonder many modern cars have an auxiliary water pump to keep circulation maintained after stopping the engine.
Top

Got the radiator back on Saturday.put it on& the filler next was 1/2" too far forward..... took it back & Paul resoldered it back ...this time I took the shell and bracket! Perfect. Reset the ignition ,, much better. The new distributor is an unused Lucas B90 rebuild ( in fact I think it is brand new).Much popping on overrun...mixture ok, but spraying the carb flange with WD40 identified the problem....bad carb flange gaskets and a cracked heat (paxolin?) Spacer. I had nether! So made a couple of paper gaskets and araldited the spacer. Problem solved. I now had a cool smooth running motor. Due to leave in 12 hours....what could possibly go wrong? !
Packed the cars (the other th MG ZA) & set off for Dover. Minor panic when the petrol pump isolator switch got knocked, then on the M40 after Stokenchurch, a strong smell of petrol. All over the very hot manifolds. Stuck needle valve? No ....valve had unscrewed itself!. Then a clear run to the Tunnel &France .No overheating, running on nor popping and banging. Now in Luxembourg. ..thunder and lightning with downpours!
David
Top
Post Reply
16 posts